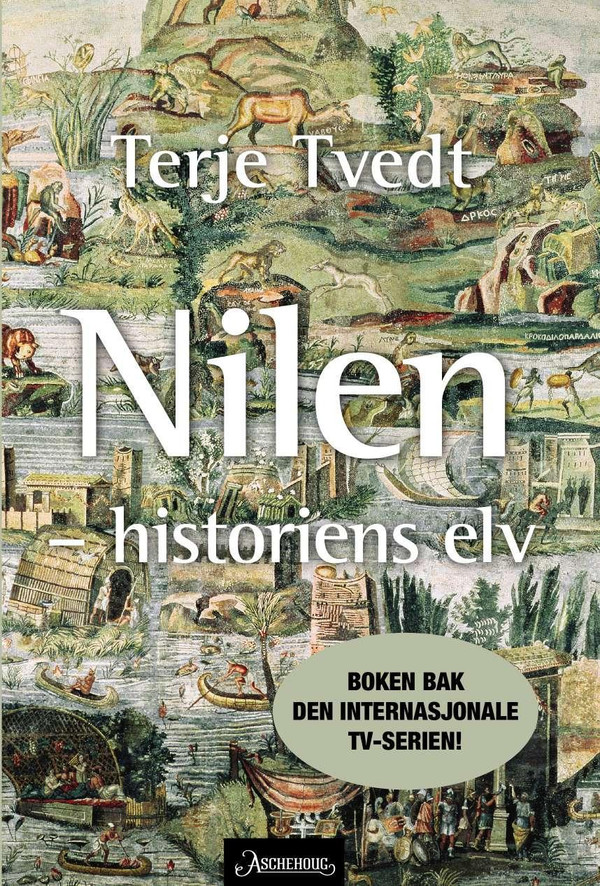 The greatest river in the world has a long and fascinating history. Professor Terje Tvedt, one of the world’s leading experts on waterways, travels upstream along the river’s mouth to its sources.
The result is a travelogue through 5000 years and 11 countries from the Mediterranean to Central Africa. This is the fascinating story of the immense economic, political and mythical significance of the river. Brimming with accounts of central characters in the struggle for the Nile — from Caesar and Cleopatra, to Churchill and Mussolini, and on to the political leaders of today. THE NILE is also the story of water as it nourished civilization.
Sumptuously illustrated with original photographs and maps, this vital addition to the history of the river was a sensational bestseller in Norway and is translated into English here for the first time.

Professor Tvedt’s book is a love-letter to the Nile’s history and a map of the future of the world’s longest river.

Judith Bunbury, Author of THE NILE AND ANCIENT EGYPT

It is hazardous to proclaim a newly published work as a classic, but THE NILE has definitely the potential to become one. It is a magnificent work.

Tvedt has long ago established himself as an unrivaled communicator, both in text and television series. Water is his passion, and the book about the Nile is simply a fabulous journey on a beautiful river, with history, politics and culture.

An exciting and educational book for our time