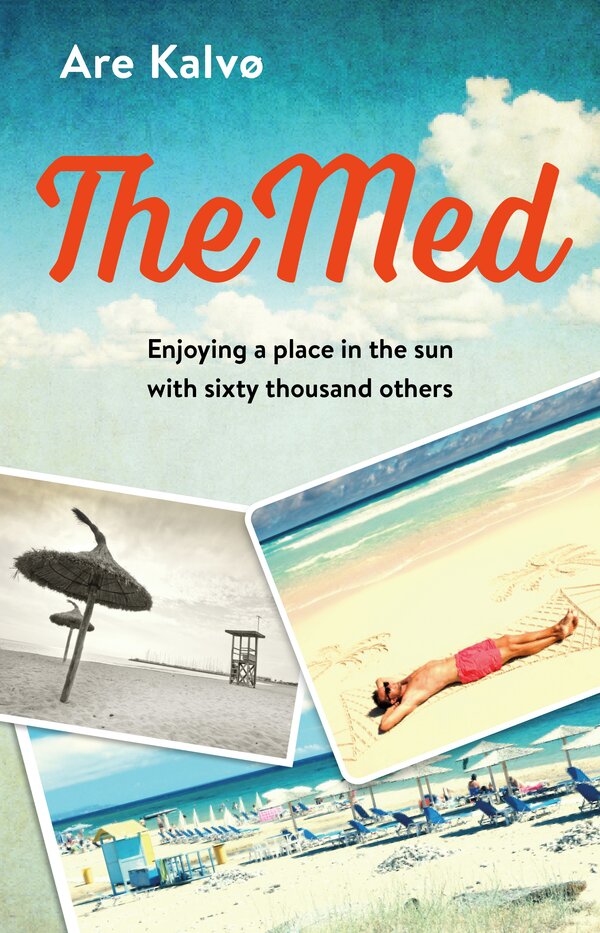 Who travels to The Med? What does The Med mean to people from the North? Where is it, really? Are Kalvø can confirm that “The Med is another place”. When the Med is described in travel catalogues, it is a bit reminiscent of Moltustranda (the author’s home place): a small fishing village by the sea, where time has stood still. But The Med is not at all like Moltustranda. The Med is red wine in the middle of the day, drinks with pastel parasols, sandy beaches and pig roast bacchanals.

The summer of 2020 was different. Preferably we should holiday in our home country. How did the multitude of people caption the boasting photos from their holiday on social media? Photos where they are drinking a little too expensive beer at a little too cold outdoor cafe with ordering via an app? Or swimming in a little too cold water, a little too far north? The photo where they smile a little too hysterically in an attempt to convince themselves that vacationing in their home country is perfectly fine? What did they write? “Who needs to go south?” Even now, after we have been everywhere and have seen everything, even now this is how we measure the success of a holiday. Even now, at least half a century after charter tourism became common, long after group travels to southern Europe became a joke, a joke about vulgar, lazy, sunburned people on a beach, long after vacationing in The Med became as commonplace as going to the cabin or on a weekend trip to visit the relatives. Even now this is what we compare ourselves with when we sit in an outdoor cafe with a blanket in our laps at least one meter away from the next table: This mystical land where nothing is like home — The Med.