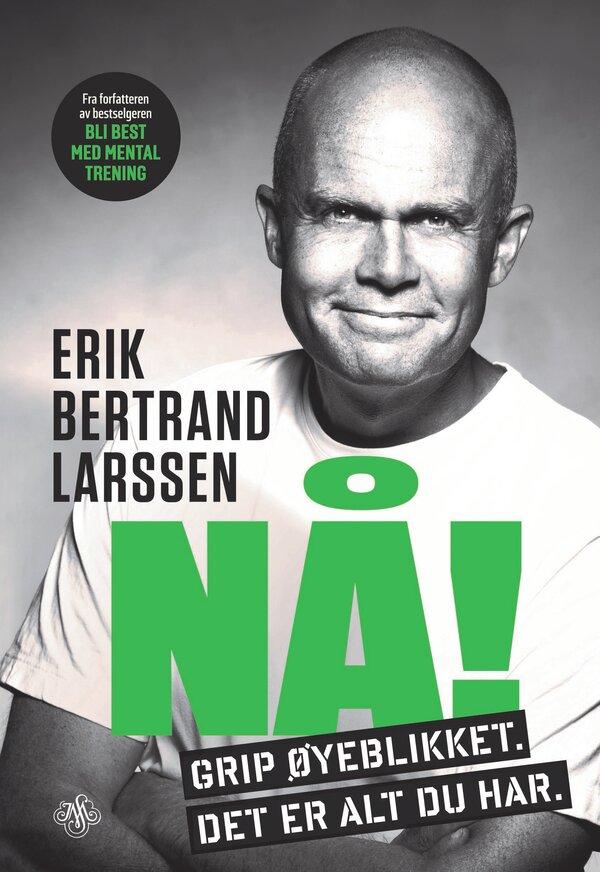 Erik Bertrand Larssen’s strong trilogy on motivational psychology/self help has sold more than 275.000 copies in Norway and has also punched through the sound barriers internationally. Maybe the secret is that the books with their strong psychological view and personal integrity appeal both to young and old, men and women – people in professional setting and on a more personal level.

Bertrand Larssen is a man who knows what he’s talking about. He himself has been pushed to the edge both in his personal life and as an elite soldier in some of the world’s war zones. But he’s never forgotten how it all began: with a shy, little boy who had very few friends, and therefore sought comfort in books instead. Churchill’s motto: “If you’re going through Hell, keep going …” inspired him to aim and reach for a seemingly impossible goal — to become an elite soldier.

A terrible car accident ended his military career, and Bertrand’s new way of life became that of a motivational coach. His objective is to create change, not only for a business purpose or in sports, but also for vital personal goals for each and everyone. Erik Bertrand Larssen has been a motivational coach for a wide range of famous sports profiles and corporate leaders, but he’s passionate on behalf of everyone with a dream or a need for change: You are much stronger than you think …