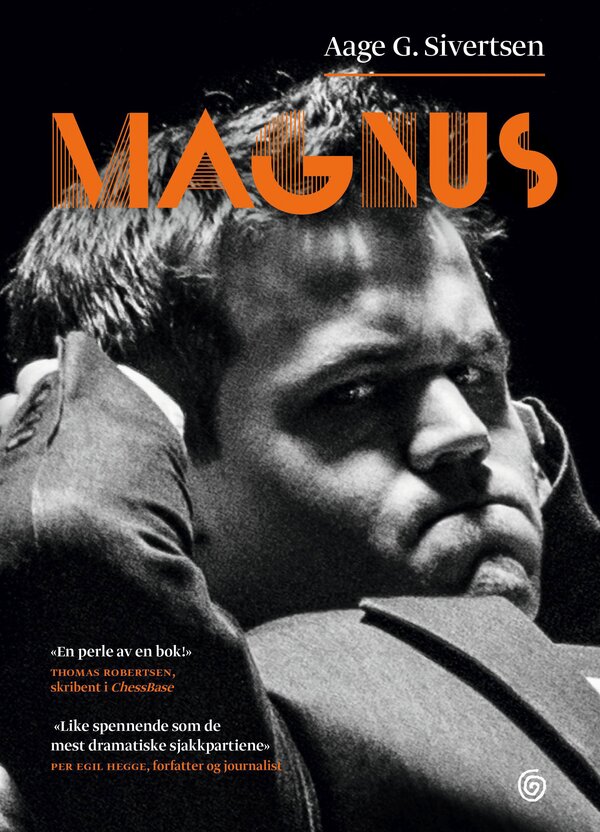 A portrait of the chess genius as a young man. The young Norwegian Magnus Carlsen is called “The Mozart of Chess” for his cool attitude and his playful style. As reigning world champion and the highest ranked chess player in history, he compares favourably with some of the ikons of chess such as Bobby Fischer and Garry Kasparov.
What is the secret of his success? How important is it to have fun rather than just practise? How does Magnus balance between versatility and focus? How does he prepare for a competition? What is the role of the Carlsen family, his trainers, mentors and team? In sum; how important is psychology in the world of elite chess — how much is based on the chess player’s character and winner instinct?

Aage Sivertsen gives us an inside story from Team Carlsen and from the many world tournaments Magnus takes part in during the year. The author has interviewed many of Magnus Carlsen’s opponents – from Garri Kasparov to Vishy Anand.

The book opens as a light, sparkling Mozart-sonata. But as we read on, we gradually meet a king under cruel psychological pressure. Around him lurk sly, hungry sharks who play with sombre, poker-faced self-discipline.