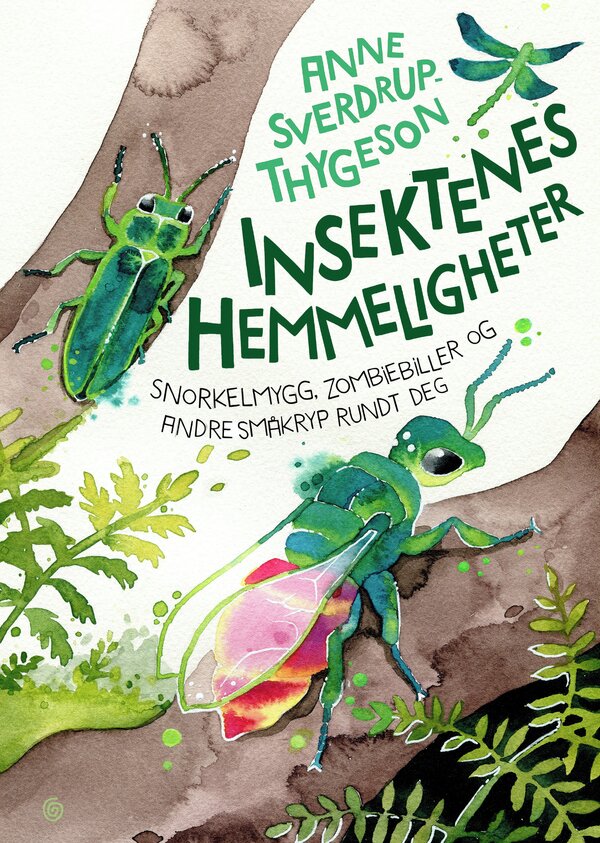 Discover the world of insects! In this book, you will find stories about insects in many different countries: underwater in lakes and streams, in forests, in your garden and in your house.
Find out how flies are able to walk upside down on your bedroom ceiling, why mosquito bites itch and which insect was the very first animal in space. You will also find stories about the strangest creepy-crawlies in the world.
A small wasp that turns ladybirds into zombies. The larva that kills other insects by farting on them. Beetles that can blink and beetles that have poison cannons in their rear ends. Insects and creepy-crawlies are cool, gross and sometimes bothersome, but most of all they’re super useful to us humans – and we wouldn’t last long without them.

This book was written by Anne Sverdrup-Thygeson with illustrations by Nina Marie Andersen. Anne is an insectologist and loves telling people all about exciting creepy-crawlies. She is also the author of EXTRAORDINARY INSECTS for adults, which has been nominated for the Brage Prize, translated into over twenty languages and become an international bestseller.

Beetles, bugs and butterflies is currently the number one best seller of Non-Fiction Children’s books in Norway.