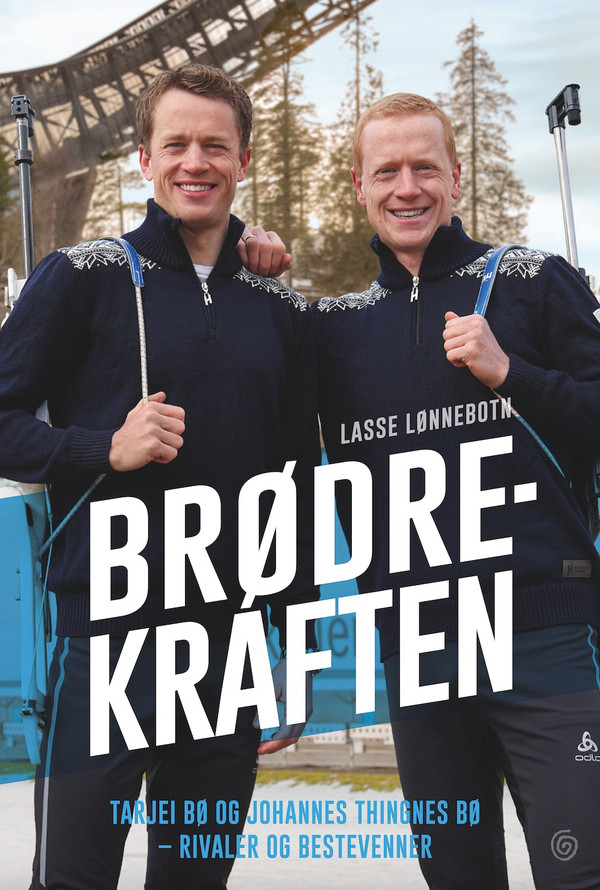 THEY ARE BROTHERS AND BEST FRIENDS, BUT ALSO RIVALS How can two brothers in a family of five siblings become two of the world’s top biathlon competitors? What happens to their relationship when the little brother, the one who always lost to the older one, becomes more successful than him? This is the story of Tarjei and Johannes’ unique journey to the highest ranks of the biathlon. They are brothers and best friends, but also competitors and rivals. For the first time, Johannes and Tarjei express their thoughts on personal triumphs and setbacks and share stories from the inside of the sport. This book is about standing up for your values and challenging expectations – and about trusting your own choices and fighting back, even when others don’t have faith.

TARJEI BØ He has won 14 gold medals from the Biathlon World Championships and from the Olympics, two of which are individual medals. He has won three gold medals in the Olympics. Bø has 12 individual victories in the Biathlon World Cup and won the World Cup Men’s Overall in the 2010–2011 season.Tarjei Bø has won a total of 21 World Championship medals.