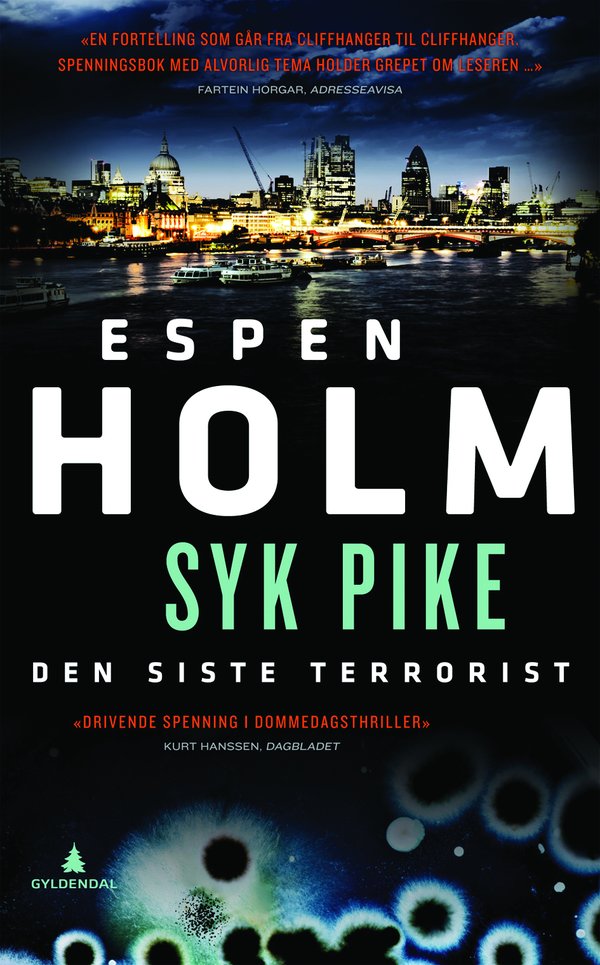 In a few years there will be ten billion people on earth. They will need food, water and shelter. It can never work out. Something radical must be done.

Vera Lang, student of biology, disappears during a research mission to Kazakhstan. Shortly after several top executives die, first in Freiburg, then in New York, Stockholm and Oslo. The disease is highly contagious, is a new flu on its way? Buildings are kept isolated, while the doctors grope in the dark. The health authorities try to put a lid on the case.

In the meantime London is preparing to host the Olympics. Visitors from 170 countries are expected to arrive for the games. Sergeant John Flethcer, a veteran from the Iraq-war and a terrorist-hunter, is given the task to protect the city. Are the deaths of the top executives somehow linked to international terror cells? And is London the next possible target?

In this intriguing thriller the perspectives change between the terrorist-hunter’s hopeless battle and the fanatic biologist’s efficient actions. Sick girl is a creepy, realistic story told with a driving force.

«Holm incorporates our time’s biggest issues such as overpopulation, gene technology and terrorism in this tremendous thriller. I devoured «Yersinia» and would like to recommend the book to publishing houses all over the world. The novel has ingredients, characters and a narrative drive which makes it capable to appeal to a great amount of readers.»
Jostein Gaarder