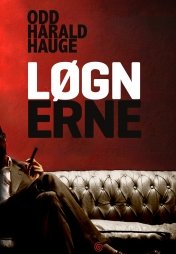 Anders Alme is the star broker at Barentz Securities, a brokerage house in Oslo. His best friend Lars Lande is the country’s most talented and dreaded financial journalist. Together they share a secret they can never give away. A secret that has provided them with the net sum of 25 million euros, money safely placed in a banc in Zürich, a fortune built on a lie.

The two friends had been given a golden opportunity to buy cheap shares in Greenland Minerals, and they had sold the shares with a huge profit to someone who badly wanted to buy. The Greenland-shares had even continued to rise in value after they sold out. But both of them knew the truth: The shares are valueless.
Bad turns to worse when the architects behind the Greenland Minerals-fraud persuade Anders to raise even more money for the guilt-edged prospect of rare earth minerals. Soon Anders Alme and Lars Lande are two lawless men who do not know if they are more worth dead or alive.

“The liars” is a thriller with a reliable plot, high tempo and even higher tempo of money spent.