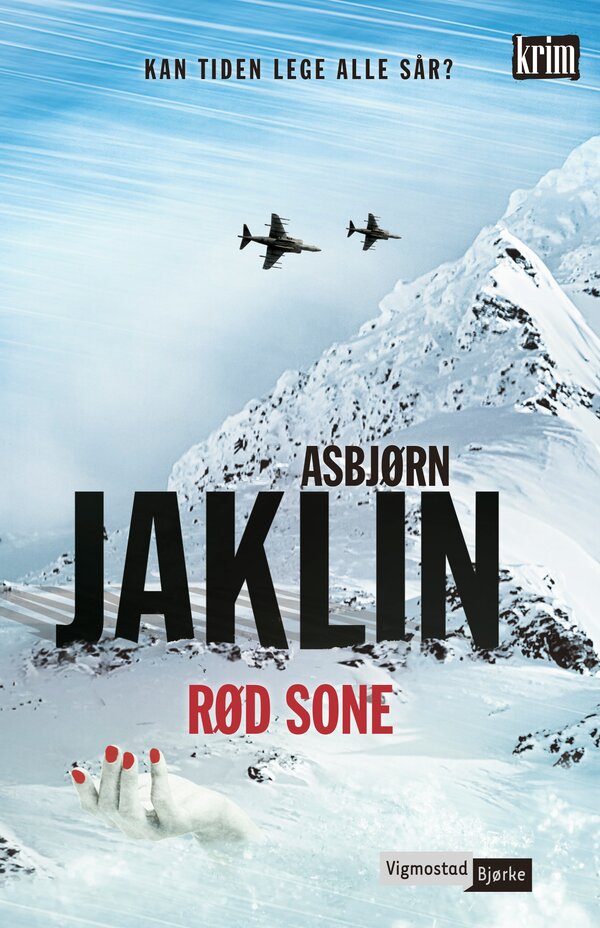 1980s: British pilots on extremely hazardous missions under the radar in Northern Norway. 2010: A former fighter pilot is found dead in a hotel room in Tromsø.
The former fighter pilot Peter Barrow is found dead in a hotel room in Tromsø. Journalist Alexander Winther, of the Nordlys newspaper, becoming embroiled in the case, discovers that several of Barrow’s former squadron colleagues have also died in mysterious circumstances. Is there a connection? Delving into the pilots’ past lives revives Alexander’s memories of his time as a soldier in Afghanistan and this destroys his relationship with his girlfriend, Vivi. The journalist finds out that a terrible incident during the Cold War in Northern Norway lies behind it all. When an attempt is made on the life of his source in NRK, the national broadcasting company, Alexander understands there is someone who would go to any lengths to keep the past concealed.
Against a backdrop of the Cold War and the threat of atomic attack at the beginning of the 1980s, Asbjørn Jaklin weaves historic events into his crime novel Red Zone. For what really happened on 11th March 1982 when a Twin Otter with fifteen civilian passengers on board plunged into the sea outside Gamvik? Was a NATO fighter plane involved in the accident?
Red Zone was shortlisted for the Riverton Prize for best crime 2014:
«NATO’s activities in North Norway in the 1970s and -80s are still kept in the dark. What was behind the tragic plane crash in Mehamn? How close were we to a nuclear war? Asbjørn Jaklin merges historic facts with fiction and creates something that may well be an unpleasant truth.»
FROM THE JURY’S ANNOUNCEMENT