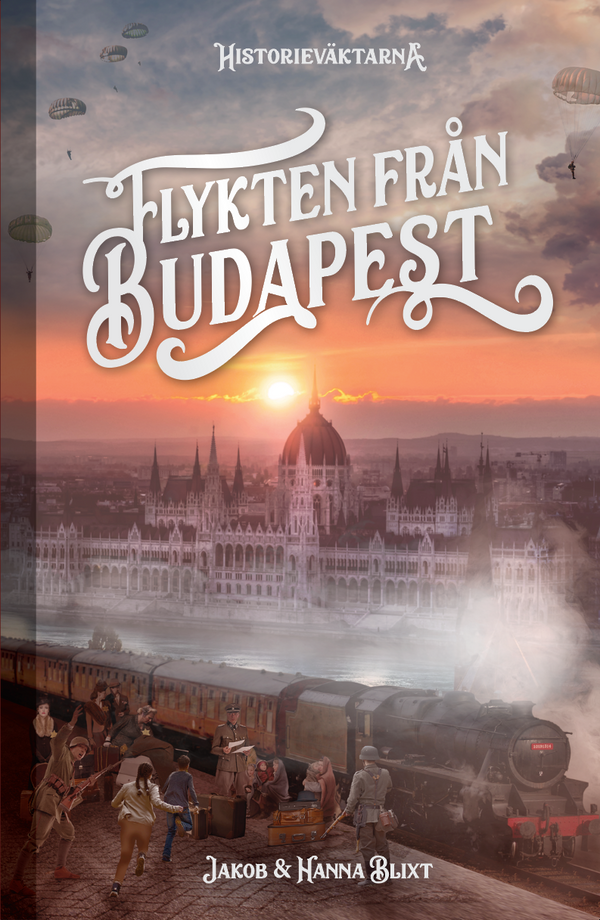 The Escape from Budapest is the third title in the series Guardians of History.

Milton feels betrayed by Iona and no longer knows if he can trust her. But to save his parents, they still have to work together. A final time travel brings them to Budapest in the 1940s, a city that is both occupied by the Germans and threatened by Soviet forces.

In Budapest, they meet the Swede Raoul Wallenberg, a diplomat who does everything to protect those threatened by the Holocaust. Milton and Iona are involved in his work, but hiding refugees is anything but risk-free. In addition, they learn that Milton’s parents seem to be two of the most wanted people in the entire city, but where are they?
To keep history on track, Milton’s parents need to meet one of World War II’s most feared men — Heinrich Himmler, commander of Hitler’s SS forces. Will they survive such a meeting? And can Milton and Iona bring them back to the present, before it’s too late? The Escape from Budapest is the last book in the series Guardians of History.