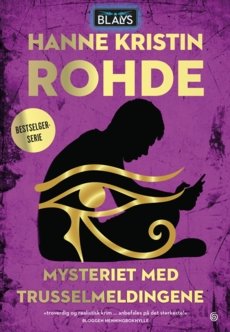 The boy whose name is Trond is furious. Later that day when Yusuf is at Astrid’s house, he is still angry about what happened. He thinks Trond has tricked him. Something does not seem quite right. The day Yusuf’s pocket knife was stolen from his locker, Trond was not at training.

Meanwhile, Yusuf and his family have been receiving threatening messages on their mobile phones and ask Simon, Astrid’s father for help. Simon decides to take the matter to the police. The next morning Astrid is horseback riding in Maridalen when a car drives past her. Her horse Rocky senses that something is wrong, and shortly afterwards Astrid finds a plastic bag with five kittens in a nearby container. Two kittens are already dead, the other three are barely alive. It soon turns out that the mystery of the kittens has a connection to the hate messages Yusuf is receiving.