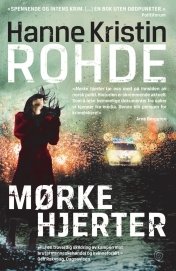 An unusually captivating and credible novel from one of Norway’s top police officials.

While most female crime authors come from backgrounds as former journalists or housewives, Hanne Kristin Rohde is neither. Her experiences stems from a position of leadership in the police.

DRAWN CLOSE THE KNOT was an overnight success in Norway, garnering immediate interest and topping the bestseller charts since its release. This is undoubtedly because Rohde has succeeded in giving the reader more than just a traditional crime story: she writes from her more than 20 years of service in the field and provides a thoroughly believable portrayal of the real inner workings of police investigations, politics and leadership.

The plot swivels between themes of prostitution, assault and rape on the one hand and work politics and priorities within the police force on the other. Three Georgian girls are reported missing. Two of them are discovered murdered in Oslo. Can the police find and save the last girl before the murderer strikes again? Meanwhile, the Oslo police force is overwhelmed with numerous cases of sexual assault. Who raped Sunniva Dahl, and who is the father of her unborn child? And how does Sunniva’s boyfriend, Javed, fit into the picture? Police leader Wilma Lind has more than enough loose ends to deal with in addition to internal conflicts among her investigative team as well as problems at home. Her husband, Ole is hiding something from her, and Wilma is constantly torn between her work as a police leader and her role as a wife and mother.