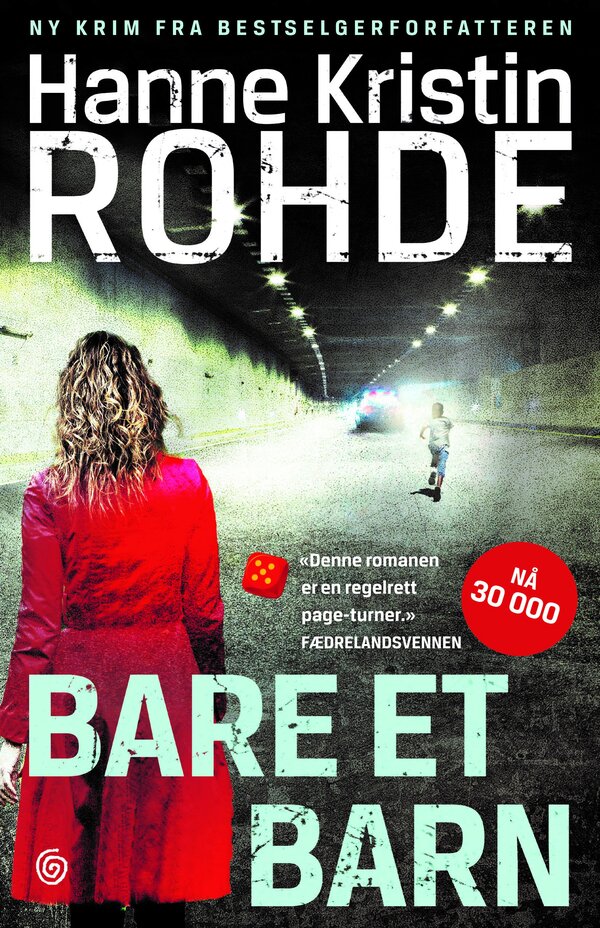 All children are entitled the right to a life – unless a child disappears from a reception centre for asylum seekers. The opening of BARE ET BARN is dramatic when both a journalist and a police prosecutor are killed at a press conference in the police head quarters in Oslo. The police find the bodies of two minors by the riverside in Oslo. Together with her colleagues Wilma Lind starts her investigation of what is obviously a murder case. This time Wilma has more than one demanding investigation to handle; she happened to be sitting next to the prosecutor when he was shot at the briefing. The two murder cases give Wilma a new insight regarding Norway, an insight which surprises and shocks her, and she has to look for solutions and motives also at those places where it is unpopular to search. Not all her bosses appreciate this.
«Hanne Kristin Rohde doesn’t write about divorced detectives with drinking problems. Her main character, Wilma Lind, is a solid, trustworthy and at the same time extraordinary woman with an unusual job. But one who goes home after work to meet the same challenges as most of us. This is Rohde’s strength – she writes about the police work environment with a rare credibility, because she’s worked there. We let ourselves be fascinated by Wilma Lind, but we never lose the possibility to identify with her. It is as if we know the criminal cases from public life. As if we are permitted to peep into confidential documents and listen to confidential conversations. Rohde transforms stories of power, politics and management into thrilling suspense. And at the same time: she puts important questions on the agenda.» AND TV-PRODUCER AND -WRITER